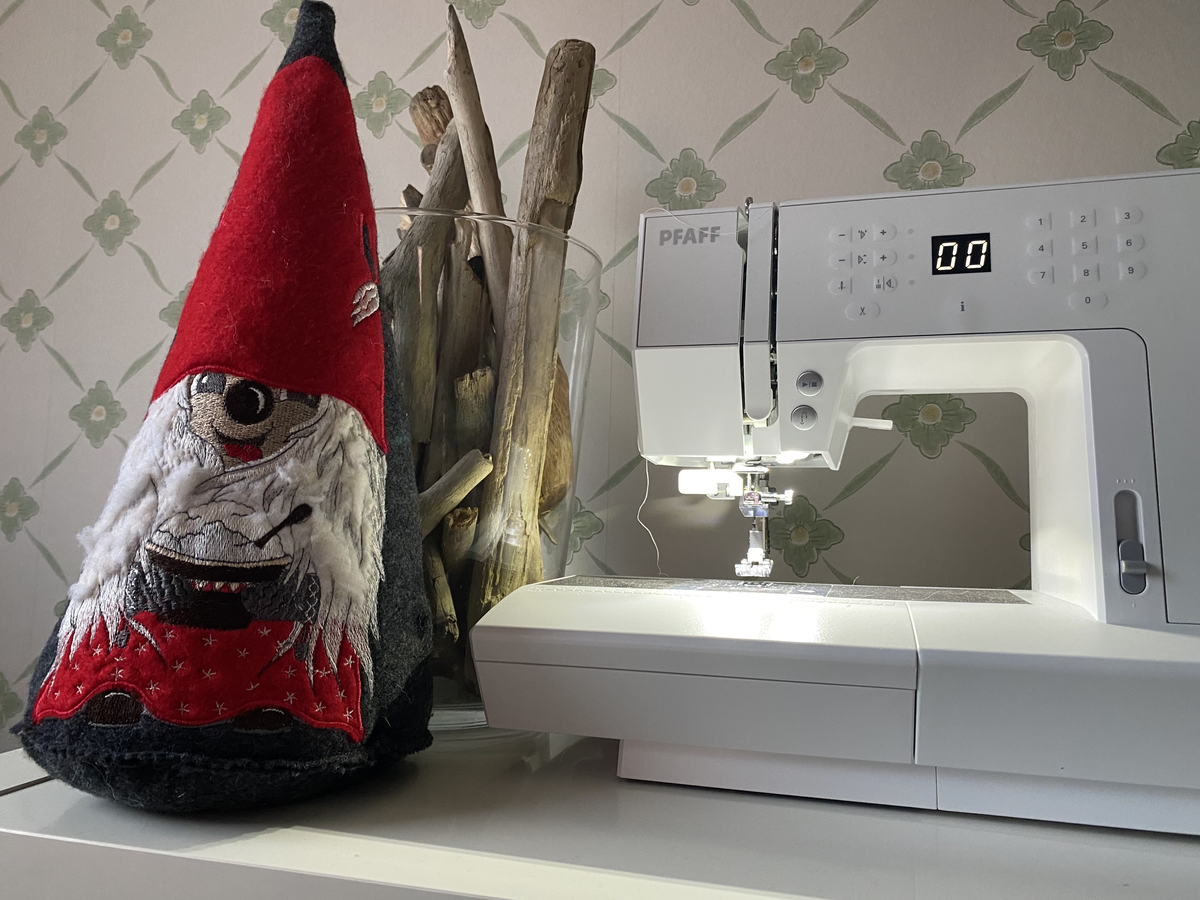 The Swedish Santa kit was launched more than 15 years ago, back in 2004. It was a version of the Embroidery Card 137 that came with an instruction on how to create the cone-shaped stuffed Santas in a slightly different color scheme. The kit also included fabrics to complete the Santa.

The reason it was called Swedish Santa was that it is different from Santa Claus or Father Christmas.

A Nordic tomte is mostly portrayed as a small, gnomelike spirit being who lives on a farm and takes care of it (or the family) while the farmer family are asleep. He might be a gift giver if the farmers treat him and the livestock correctly. The tomte is an echo of ancient ancestral cult. It is thought that the tomte was considered a spirit of previous generations at the homestead, and there are references to them following the family/clan, when they move. Despite its different cultural roots, the Jultomte (Tomte of Jul) is today portrayed similarly to the commonly known image of Santa Claus.

In today’s Swedish life most of the reference to Santa is that he is the man with the white beard who delivers the gifts on Christmas Eve. Often performed by an old man who secretly dresses up as Jultomten and knocks at the door with a sack of gifts.

The Swedish Santas spread around the world and became keepsakes for family and friends and is brought out every year to decorate the home.

The kit is not available anymore but attached is the pdf that included the pattern and thread colors.

Wishing you a creative a relaxing Holiday Season!